Canadians have the privilege of being the first ones on the continent to experience the betting site famous for its soccer options.

We sat down for an exclusive interview with Kris Abbott, Betano’s Country Manager for Ontario, Canada.

He spoke to us about the brand’s market entrance, future plans, and his first impression of Canadian bettors.

How has Ontario’s market entry been so far? Has it been a smooth entry or one with surprises?

It’s been two weeks since our soft launch and wider marketing efforts kicked off earlier this week. So far it has been smooth – most importantly we are seeing very high numbers in terms of conversion and KYC completion / approval.

As for surprises, no, I don’t think there’s been any. A lot of preparatory work was done at Kaizen HQ ahead of the launch to eliminate the likelihood of surprises. And it’s no surprise to anyone that this is one of the most competitive gaming markets in the world right now.

How are you finding the reception of Canadian users? Are they engaging with the brand?

It’s a little too early to say just yet. While Betano is a recognized brand in Europe and Latin America, it’s still brand new to Canadians who, at the same time, are wading through an onslaught of other brands vying for their attention.

What we can say is that early feedback has been very positive and those who have tried us out are coming back to re-engage.

Betano is less well-known than some other brands in the Canadian market. Can you describe the brand in three words to our Canadian readers?

Now that you’ve launched in the market, can you give us a better idea of your advertising strategy? Are we going to see Betano sponsoring major Canadian teams for example?

While there are advantages to entering the market later than the initial April rush, one of the disadvantages is that many of the prime sponsorship assets in Ontario are already spoken for.

However, you’ve seen our track record of sponsorships in other countries and a priority in Canada is to build out major team/athlete/influencer partnerships here as well.

In the meantime, you will see TV advertising alongside prime sports and entertainment, a robust digital strategy, Out of Home ads on highways and transit, and more.

It is our goal that if you live in Ontario, you will be exposed to our brand in one way or another before the end of 2022.

In a recent interview, you mention soccer as core to your brand’s strategy. How will Betano stand out from the competition in this niche?

The soccer product is one that we can use to put our best foot forward with our new customers and potential customers. Soccer is the most popular sport in the world and the fastest growing sport in Canada. 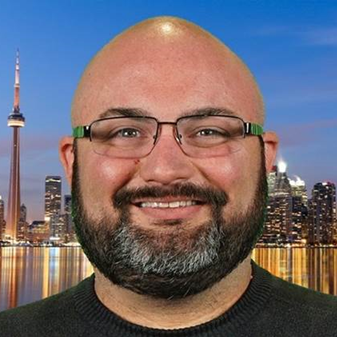 At Betano, customers can find unique ways to bet the sport that aren’t available anywhere else. We strive to have the most available betting markets per match and have an early payout offer that goes a long way as well. Your team goes up two goals? You win. The biggest differentiator for Betano is that all of the technology is proprietary. We do not rely on white-label tech. That way, we can tailor our offering for Canadians.

You’ve launched the product just a few weeks before the start of the World Cup. Are you expecting a lot of betting activity in Canada for this event? And are you planning anything special for your Canadian bettors?

We definitely have some treats available for our Canadian soccer fans, including a full dedicated mini-site on the event that is already live.

We do expect this to be the most wagered World Cup ever in Canada for two main reasons: the national men’s team having qualified and the growth of sports betting in the country since the last World Cup in 2018.

Which local soccer leagues can Canadians look forward to when using Betano? For example, will you feature options for the Canadian Premier League?

We will most certainly have markets for the CPL when it kicks off its next season. Congratulations are in order to Hamilton’s Forge FC for taking home the league again this year and for the third time in the CPL’s short history.

Additionally, many Ontarians and Canadians have close ties to their roots in countries like Portugal, Greece, Italy, England, and other soccer hotbeds around the world. We have the domestic leagues covered there as well.

Apart from soccer, will Betano invest heavily in other sports markets?

While soccer is our bread and butter, Betano will offer Canadians the betting markets they are looking for in all the major North American sports as well.

We will have local traders in place as well as partnerships with market-leading data providers to shape a world-class offering. If you want to bet it, we’ll have it. And if we don’t have it, we’ll get it for you.

Next in line after Ontario’s private market is Alberta, which is going to open the market to two private operators by end of this year. Do you anticipate that you will be operating in this province or any other major province in 2023?

We will be looking to obtain licenses wherever they become available. There is still a lot of uncertainty in the air and until any frameworks are announced officially, then we cannot commit to any timelines.

I can say that there’s an appetite to offer our product to all Canadians and whenever those doors open, we’ll be ready to go.

In a recent interview, you also mention plans to establish an office in Toronto with up to 25 Canadian staff members. How do you envision this expanding in the future?

The office has been established and hopefully 25 is just the start. Ideally we want to have an operations hub here employing as many local people as possible.

We’re talking about everything from marketing and content, to customer service, to trading teams, to developers, etc. Kaizen Gaming’s modus operandi is to operate locally and not from a Global HQ wherever and whenever possible.